UP News: Etawah in Uttar Pradesh is getting scorching heat...

UP News: Etawah in Uttar Pradesh is getting scorching heat and the temperature has reached 45 degrees. In view of this, special arrangements have been made to cool the animals in Etawah’s Safari Park. Here big coolers have been installed for the lions and seasonal fruits are being given to the deer. At the same time, the effect of heat is on the number of tourists, only 25 percent tourists are coming here as compared to normal days.

ponds made for animals

Safari administration is engaged in making many arrangements for the rescue of animals. Special arrangements have been made to protect against the heat falling especially between May 15 and June 15. To keep the temperature balanced, big coolers have been installed in the lion’s cell animal house. Lions have problems when the temperature is more than 28 degrees, so they are being released in their crawl only from 6 am to 10:00 am, after that the lions are being kept in their cell where big coolers are installed. Along with this, water is being sprayed by putting poppy seeds on the doors so that the temperature inside the cell does not increase. On the other hand, the administration has made ponds to get rid of the heat of the deer, in which water is being kept filled and water is being sprinkled with the same sprinklers. 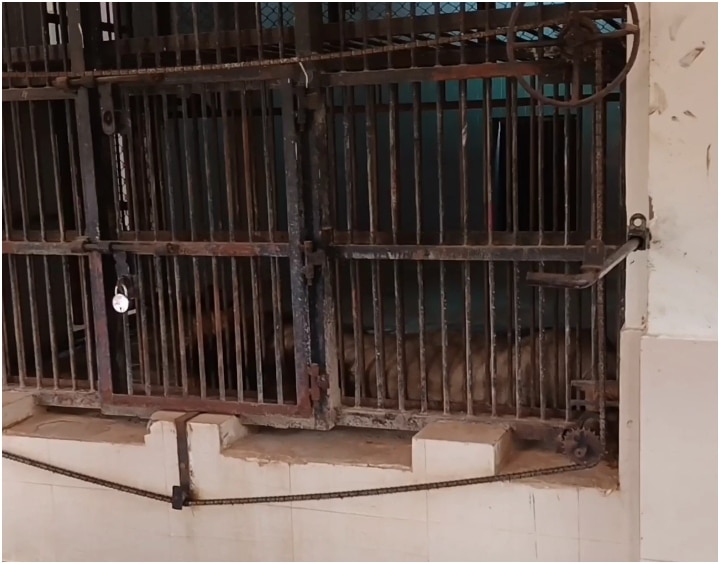 Glucose being given to animals

At the same time, talking exclusively to ABP Ganga, Robin Singh Yadav, Chief Veterinary Officer of Safari said that keeping in mind the heat, pure water is being given to the animals in which glucose and electrolytes are being mixed, while the bears present in the Bear Safari. Watermelon, melon and sugarcane juice are being given in the food. Safari Ranger Vineet Saxena said that the effect of heat is being seen directly on the safari where the number of tourists has reduced a lot. At this time tourists are coming to safaris negligibly. Earlier 500-600 tourists used to come in a day, then that number has come down to only 50 to 100.